Even before people were playing video games. And now that technology has progressed people around the world tend to play it. When you try to search for video game consoles it is sold for millions of units. But which one has the most sold console every time? The popular consoles are all iconic and when you’re curious who has the most sold better read more.

It is not only the top gaming consoles at The Good Guys but it also has the nicest looking video games before. It is the replacement of the main GameBoy and GameBoy Color and was released in 2001. The Game Boy Advance sold 81.5 million units all over the world.

People bought this because of its iconic video games. These are the Super Mario Advance series, Pokemon: Ruby and Sapphire, and Mario games that have Mario Kart, Mario, and Luigi.

In 2004, the first release of portable PlayStation in Japan and was made available in the rest of the world in 2005. This was the first handheld console that was released by Sony. The PSP has everything that you need from playing video games and watching movies.

These amazing titles such as Monster Hunter, GTA, God of War, and Tekken made a great impression on players. But the PSP’s successors were not that popular with other people.

The Xbox 360 was released in 2005 and the replacement to the original was a great hit. As it sold 84 million units and Microsoft stated that they will stop the production after two years. But it made amazing memories for players, games, and franchises like Halo, GTA, Gears of War, and Call of Duty.

To compete with Xbox 360 Sony made a PlayStation 3 which was released a year later after the 360. Sony sold 87.4 million units although these numbers are huge. The Playstation 3 is the lowest selling console in PlayStation. The PS3 has different progress from Sony which has a Slim model and Super Slim model.

PlayStation 3 produced amazing games and franchises. The God of War series, The Last of Us, and The Uncharted series made a great impression in the gaming industry.

It was the most classic console that they produced. Nintendo Wii is way too different when you compare it to other rivalries. This was released in 2006 even though this was not the first console that made a motion control, people still loved this game.

Everyone got interested in this gaming console and those people that are not into gaming got to play the games. Nintendo Wii made an impression which still sticks to the culture. Besides this, there is also a popular game called Wii Sports. This became popular because no one ever expected that they released it together with the console. Wii sports games are simple to play with. 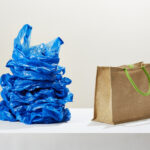 Use The Best Way to Customize Reusable Paper Bags to Promote your Business - 11 Nov , 2021 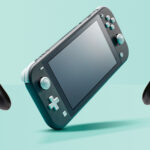 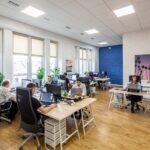 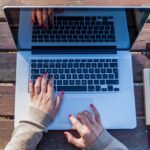 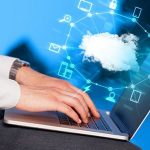